An exhibition focussed on Public Art - the project PUBLIC ENCOUNTERS: INVOLVEMENT, created by twelve master students from the University of the Arts London: Central Saint Martins (UAL), and the Latvian Academy of Arts is on view at Art Station "Dubulti" and its surroundings since September 10th. The young artists offer a critique of historical monumentalism and a discussion of historically-rooted standards, such as a general orientation toward the past, national identity and the monumentalism as triumphalism.

PUBLIC ENCOUNTERS: INVOLVEMENT began in January with four lectures and discussions organized by the Latvian Academy of Arts. There were talks on money exploring existing and historic funding models; on the toppling of public monuments, the power of political art and discovering new space for Public Art. Historical monuments today are criticized for glorifying colonialism, racism or other offensive ideologies (recorded lectures and conversations are on view in the exhibition).

All over the public spaces of Europe, statues with a commemorative function and accordingly monumental were put up over the past two centuries embodying the plentiful representation of nationally canonical artists, politicians and events. Experiments with the form of Public Art have been taking place since the middle of the 20th century, but contemporary situation brings to the fore the content of Public Art (what does art in the public space narrate?).

Ideologies that were previously dominant, from national romanticism, utopian socialism to consumerist progress and lately the culturally (multiculturally) hegemonic capitalism, no longer function as self-evident guidelines for Public Art. There are many uncertain visions of the present and future. A new synthetic language is emerging for art in public space. The young artists in the project PUBLIC ENCOUNTERS: INVOLVEMENT try to orient themselves in social, political and aesthetic contexts, they engage in a discussion about what Public Art can and cannot be in contemporary situation. Criticisms of the tradition of monuments and critique of the narrow thematic offer of public art are apparent in the art works. They highlight the culture of liberal discussion and the importance of individual freedom.

The initiators of the project and consultants of the young artists are Kristaps Ancāns, the artist and one of the heads of the master's program POST at the Latvian Academy of Arts, and Marc Hulson, associate lecturer of the University of the Arts London: Central Saint Martins; curator of the exhibition - Inga Šteimane, the head of the Art Station "Dubulti".

Marc Hulson says: "Our students have been exploring how we redefine the role for public art if its primary function is no longer to commemorate or venerate. At a time when galleries have been closed for long periods and access to physical artworks limited, it is perhaps not surprising that we should be turning our attention to Public Art." Kristaps Ancāns points out that Central Saint Martins and Art Academy of Latvia have collaborated on a programme of events that unpicks the history and context of public art from the perspectives of each institution, addressing the parallel and distinct tradition of Public Art in both countries.

All the works in the exhibition are newly produced and the artists have realized them in Latvia, where some came for the first time. After the opening of the exhibition at Art Station "Dubulti", the artists will travel to London, where they will install their works in Granary Square at the Central Saint Martin to be on view from the 1st to 11th October. Public Art in the project PUBLIC ENCOUNTERS: INVOLVEMENT is created (in the open air) by Kristīne Daukšte, Liene Rumpe, Laura Šterna, Zemin Chen, Yu-Shao Lo (on windows of the passenger train) and James Canty; (in the exhibition space) by Olga Melechina, Katerina Geiduka, Lauren Goldie, Eleni Maragkaki, Elīne Buka, as well as Victoria Balašova both in the open air and exhibition space.

Art Station "Dubulti" is the only professional exhibition hall in Europe, located in a functioning railway station. The project implements the cross-functionality of the public space. Art station "Dubulti" creates solo exhibitions and conceptual projects of the best Latvian artists, accentuating the exhibition as a dialogue between a work of art and the spectator. The program is implemented with the support of Jurmala City Council. The founder and head of the Art Station "Dubulti" is art critic Inga Šteimane.

The events parallel the European Heritage Days (from the 17th to the 19th September), recalling that 2021 has been declared the European Year of Railways through the European Green Course. 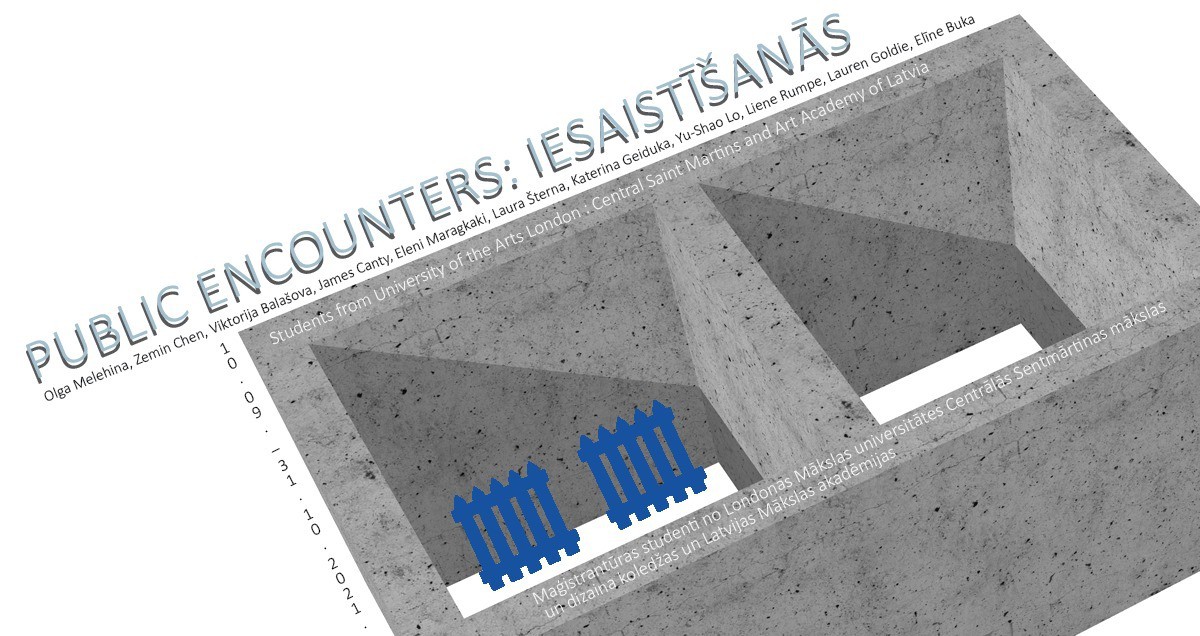