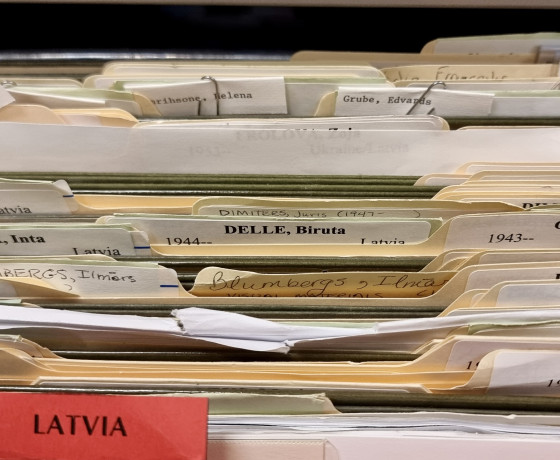 On October 27th, two educators from MA Post at the Art Academy of Latvia, Kristaps Ancāns and Corina Apostol, took part in the panel discussion “Post-Curating and Curatorial Activism: Consequences of Curating East European and Russian Art Through the Current War in Ukraine,” at the Zimmerli Art Museum at Rutgers University. This visit is marking a new collaboration and exchange between Art Academy of Latvia and Zimmerli Art Museum.

About the panel discussion
You can watch a recording of the conversation here.

In their very different roles as curators of recent exhibitions, panel participants reflected on the challenges of real-world threats, ideological debates, and institutional frameworks that each has encountered, as their shows have been mounted and received by audiences during Russia's invasion of Ukraine this year.

Corina Apostol, a previous Dodge Fellow at the Zimmerli, and Kristaps Ancāns focused on mounting several collaborative art projects in the Baltics, and their strategy of approaching art in context today and artmaking as a learning project. Also, referring to the recent activities of the POST MA program, they opened a series of questions related to the ethics, responsibilities, practicalities, funding, reception, interpretation, and sustainability of socially engaged practice that interfaces with art and the public.

Sopio Gagoshidze reflected on her current exhibition at the Zimmerli Art Museum, “Locating Georgia,” drawn from the Zimmerli’s Norton and Nancy Dodge Collection of Nonconformist Art from the Soviet Union. The exhibition features artworks rarely seen outside of Georgia that focus on artists’ studio environments, portraits and intimate scenes; the use of religious imagery as an expression of resistance; as well as the politics of identity and provocative dissent. Finally,

Dr. Jane Sharp addressed the challenges of staging her recent exhibition “Thinking Pictures” (2022) at KUMU - the National Museum of Estonian Art. Installed during the onset of the Russian war in Ukraine, the exhibition was meant to explore the dialogue between conceptual art from Moscow and from the Baltics in the 1970s and 1980s. Dr. Sharp problematised the re-presentation of her planned exhibition, which opened initially with empty halls to its visitors, and figures on walls indicating the location of the works initially selected.

The discussion was moderated by Maura Reilly, Director of the Zimmerli Art Museum. It was held in conjunction with Locating Georgia: Selections from the Norton and Nancy Dodge Collection of Nonconformist Art from the Soviet Union.

The exhibition and related programs were made possible by the Avenir Foundation Endowment Fund. 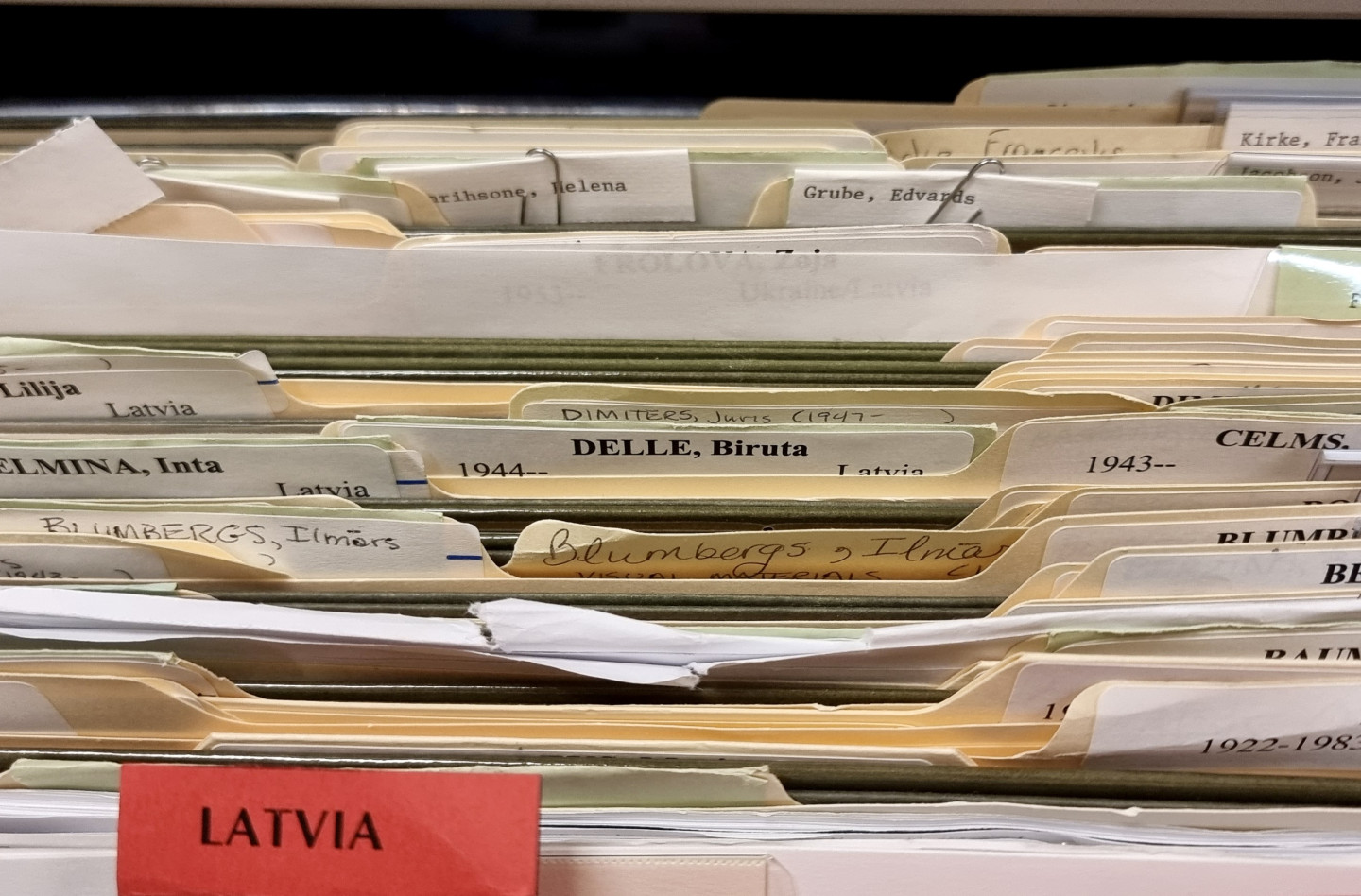 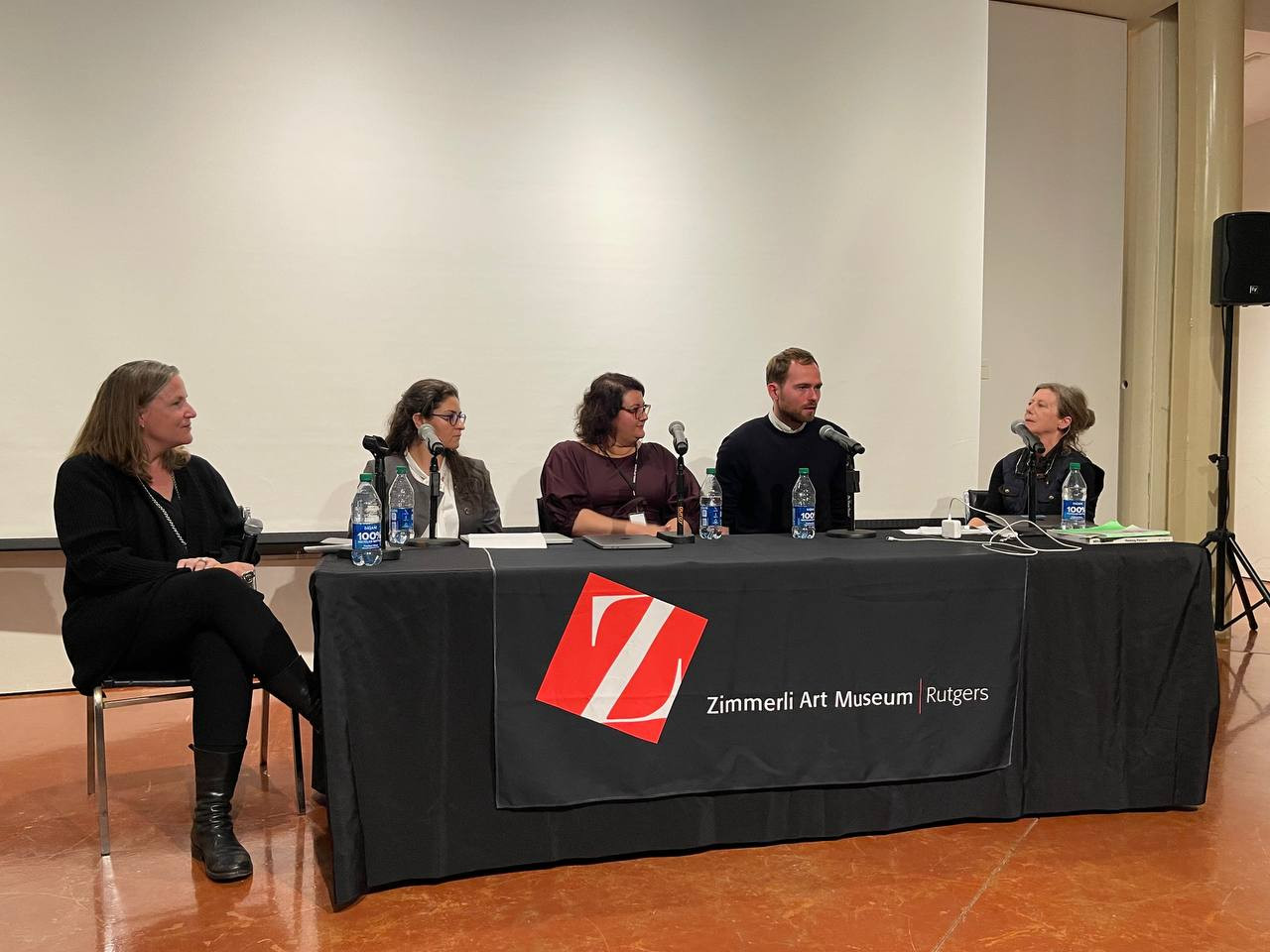 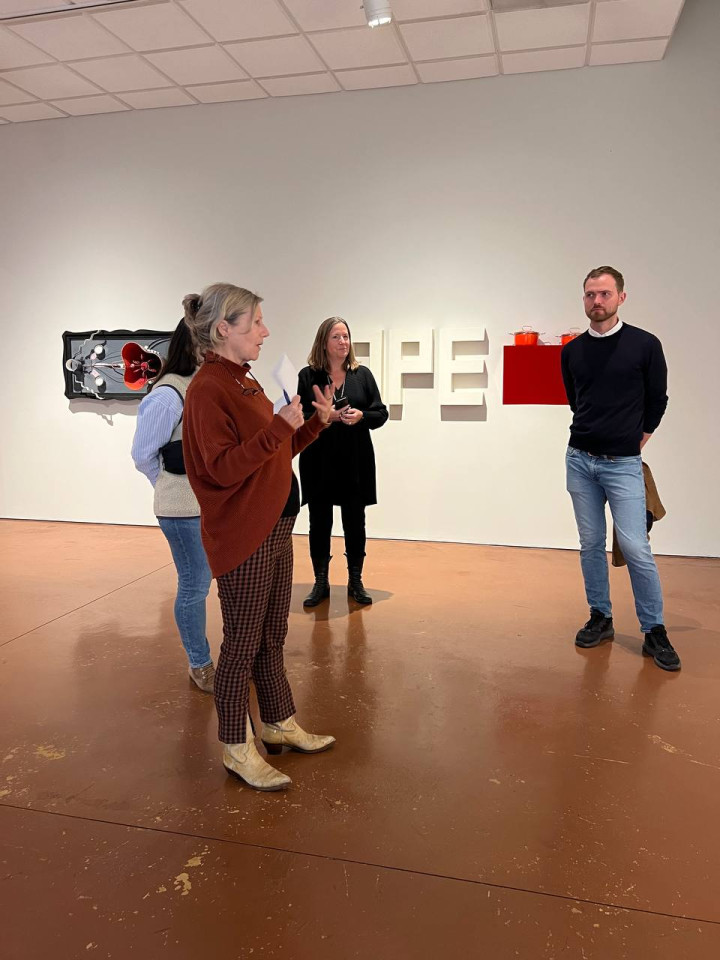 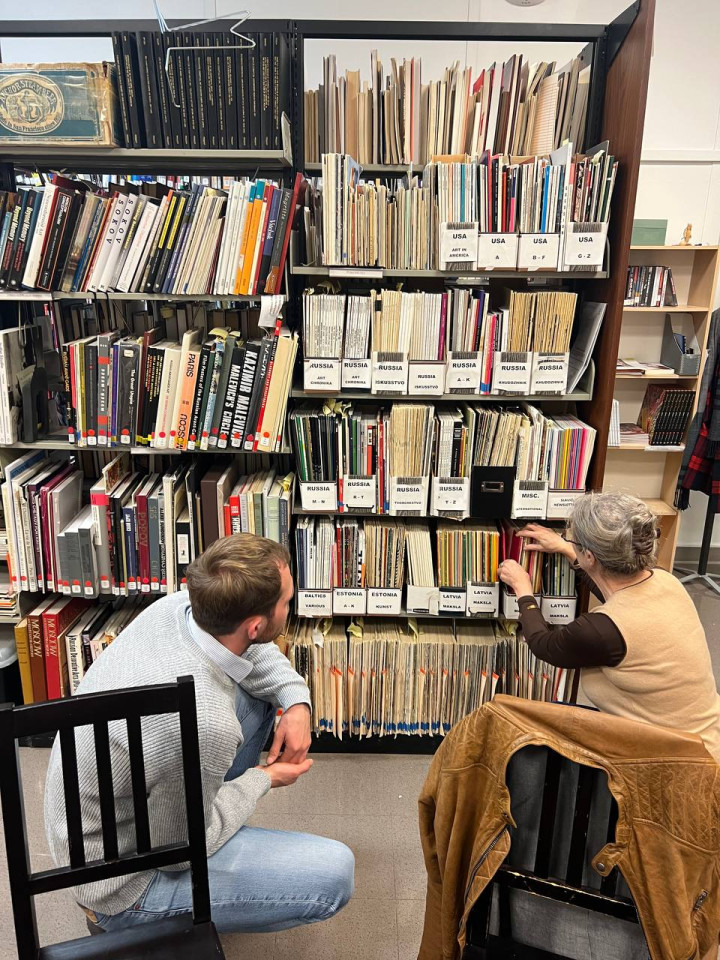 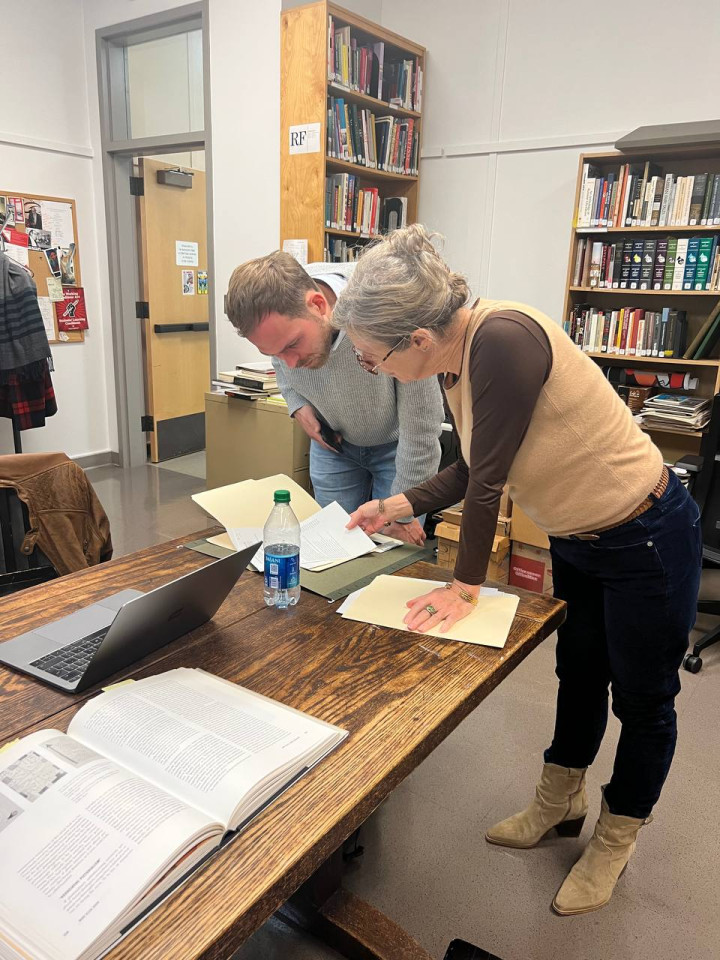 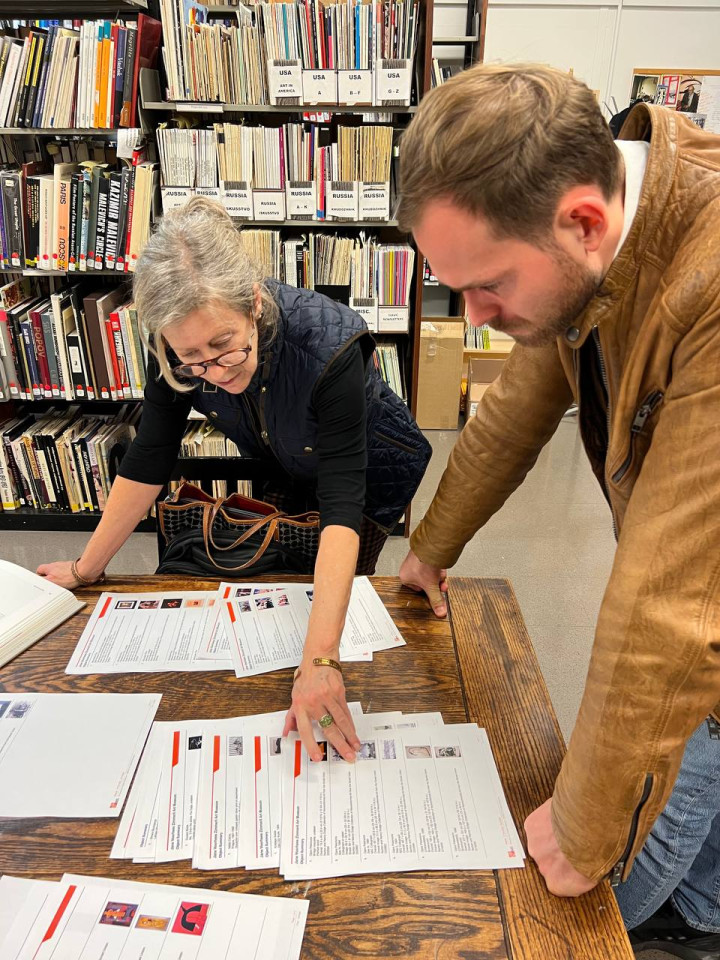 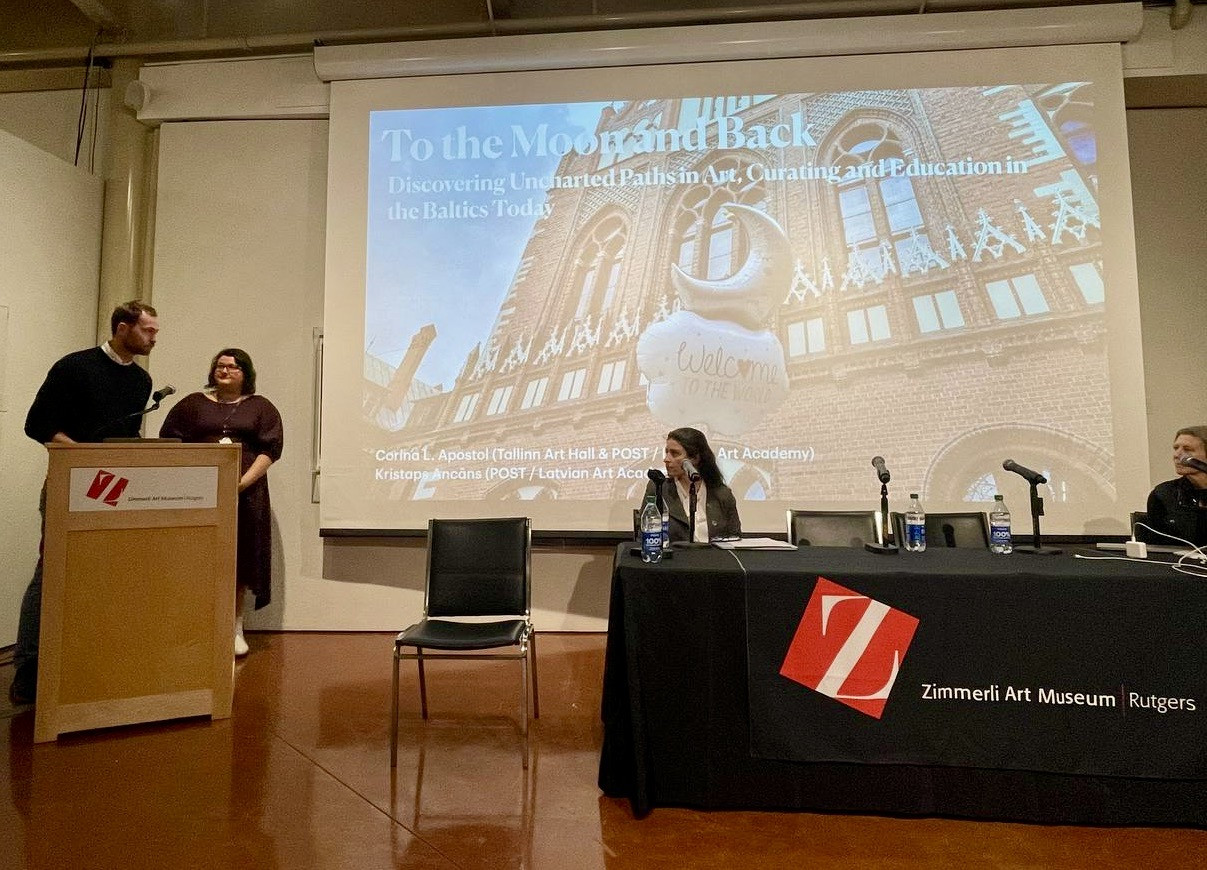